How we organize lead management

Written by Lautaro Schiaffino
Updated over a week ago

Sirena allows you to define zones within the hierarchy of your groups. Zones have two functions:

In the following example, there are two zones. The global zone, which contains five groups, and an interior zone (in green) which contains groups G3, G4, and G5. 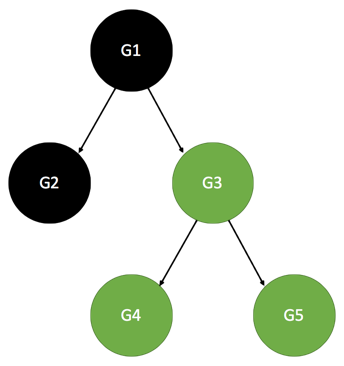 To avoid duplicate prospects when new leads arrive, Sirena searches the pre-existing prospects in the zone of the lead's Arrival Group. This prevents two salespeople from taking the same lead.
When an Arrival Group belongs to more than one zone, as is the case for the green groups in the example, the search is limited to the smaller zone.

Example 1: There is a prospect X in G4, and a new lead with the same information arrives in group G5. Sirena searches for duplicates in groups G3, G4, and G5, preventing the prospect from being duplicated and keeping it in group G4.

Example 2: There is a prospect Y in G2 and  new lead with the same information arrives in group G3. Sirena searches for duplicates in groups G3, G4, and G5 and when it does not find any, it creates a new prospect in group G3.

Example 3: There is a prospect Z in G3 and a new lead with the same information as Z arrives in group G2. Sirena searches for duplicates in all 5 groups, avoids duplicating the prospect, and keeps it in group G3.

Limiting Transfers
Users can't transfer prospects to groups outside the zone they belong to. This does not mean that supervisors from higher-up groups cannot do so.

Border Groups
To create a zone, you need to define a border. Following the example above, G3(in orange) is the border group that defines the zone made up of G3, G4, and G5. 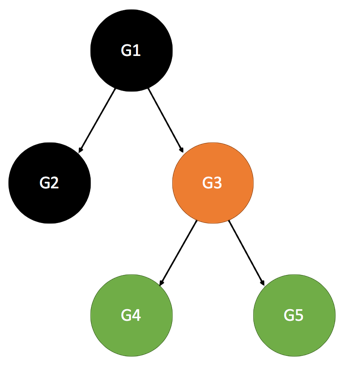 The border group encompasses itself and all its child groups in the same group.

Within the same group hierarchy, as many groups as necessary can be defined as border groups. This allows you to create zones within zones.